Hereditary is a film probably best enjoyed in a theater. That being said I watched it on my laptop!

The technical aspects of this film are amazing. I loved the editing and camera work. There are transitions between scenes that I honestly rewound to watch again because I was in love with the technique! The house going from day to night in a snap was just perfect and the camera movement was perfect for the slow dread building during the movie. 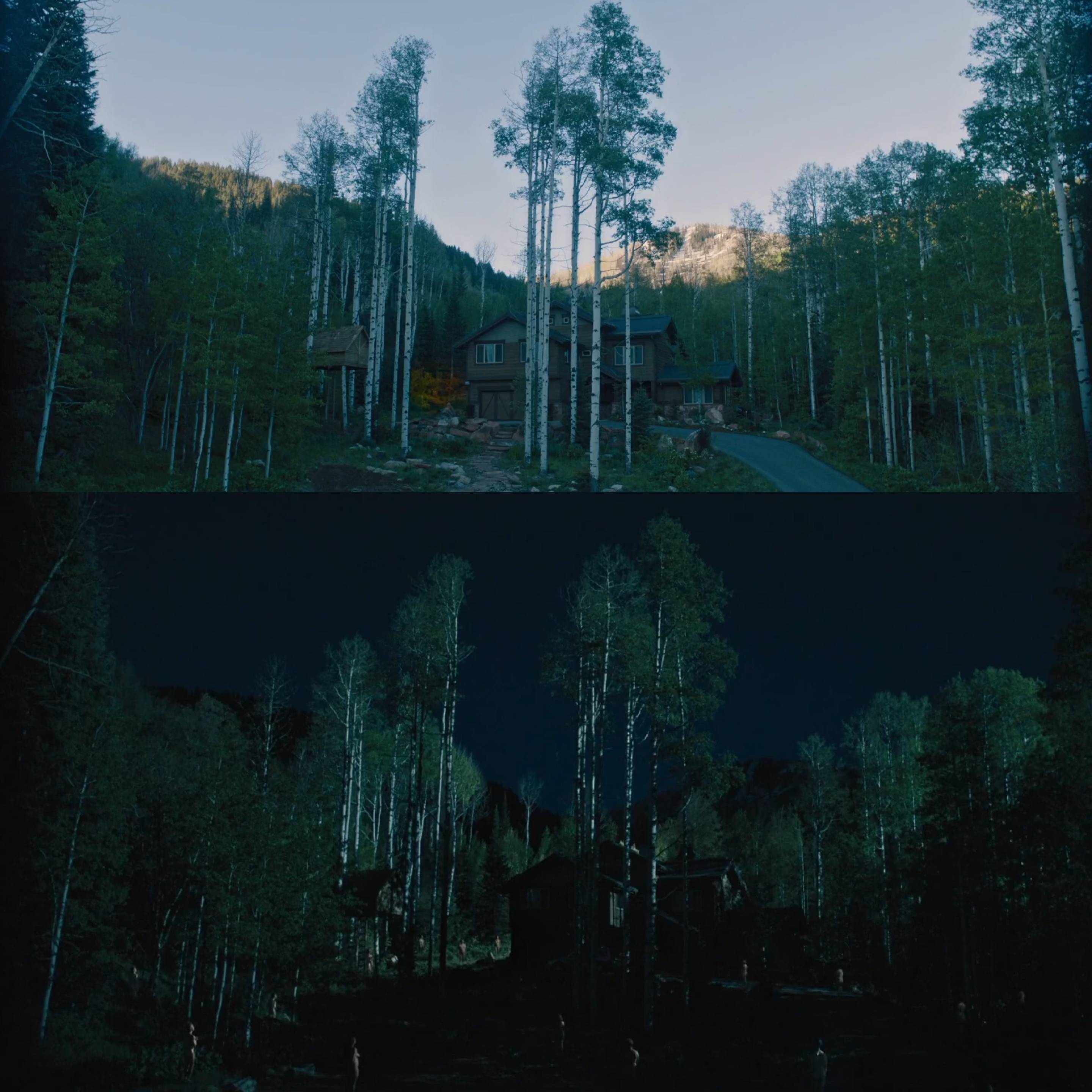 Along the lines of technical…the score is also perfectly unnerving. Colin Stetson has created a beautiful example of horror movie soundtrack. It is discordant and droning at times, it is similar to It Follows…which to me is modern day John Carpenter. If you listen to it while, say writing a review it will still make you look into the dark corners to make sure you are alone.

Sound is where I think I missed a lot of stuff. I feel there were subtle sound effects that I missed by watching it on my laptop. Some sounds I believe just lost their impact by not being in surround…most notably Charlie’s “click”. That was an unnerving sound on its own..but if I heard it behind me I think I would have lost my mind.

Like most horror movies that deal with possession and/or mental breakdowns so much is left up for interpretation. I think Hereditary makes it clear that while there are characters with mental illness there is also a spoopy evil cult. The father’s death is so perfect! That just solidified everything. THIS IS REAL!!

The first part of the movie is very much a family drama. Tense family drama, but still not quiet horror for me. It is just heartache and loss and dysfunction and it is difficult to watch.

Then the seance happens. And everything goes bonkers. It becomes a full on crazy cult/possession horror movie like Rosemary’s Baby or The House of the Devil…maybe even some Kill List? The family is no longer dysfunctional they are broken and spiralling out of control.

And then in the very end it all starts making sense. The weird characters at school, at the funeral, etc are shown to be cult members and you realize everything was set in motion long before the events we see.

The end is what I want to talk about the most…but I really don’t feel like spoiling this movie. There is a lot of value to watching it…so I want to talk to people about the ending with you…just private message maybe?

📂This entry was posted in Uncategorized